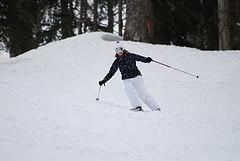 The highest real estate prices in the Central and the Adler district of Sochi and . Then working principle, the closer to Olympic venues, the more expensive. The exception to this principle is the Central District of Sochi. Center – he and center in Africa. Housing costs also depends on the proximity to the coast. The cheapest real estate in the Lazarev and Khostinsky areas, especially in the foothill area.

INFRASTRUCTURE The infrastructure of Sochi leaves much to be desired. Originally designed Sochi as a resort town. This and follow all the existing problems – this road congestion, shortages of water and electricity. Sochi-scale traffic jams are almost caught up with Moscow. In summer the city is almost worth it.

With the end of the holiday season traffic jams, while not disappearing, but the city is a little looser. The best vehicle for Sochi – a bicycle. In anticipation of Competition began a large-scale structure of roads and junctions designed to fundamentally change the status quo. On heating there is practically no problems. Its only drawback – the later inclusion in the fall (November 15) and early shutdown in the spring (mid March), so in this period room heater is an indispensable thing. EDUCATION AND SCIENCE IN SOCHI begin with educational institutions, which are among the first to contribute to the formation of human personality – it's kindergarten. Status nursery other than a catastrophic not name. In order to arrange their child in kindergarten, has spread to 20 thousand rubles.